The discoverer of the Golden Horn is considered to be the famous archaeologist, the grandson of Hetman Razumovsky, the organizer of the archaeological trips of Count Alexei Uvarov (mid-19th c.). It was discovered that the entire surface and the slope of the horn are covered with fragments of amphorae. Among the finds are Olvian and Roman coins, fragments of pottery of Chernyakhiv culture; during the collapse of the rocks here were found stones from former structures, fragments of ancient amphorae, red-lacquer and gray-clay molding.The "base" of the Golden Cape is a coastal limestone formation. It is amazing to see stone layers on the background of the clay rocks. From the stone dug in the settlement, in the villages of Shyroki and Stanislav, churches, belfries and fences were built ... 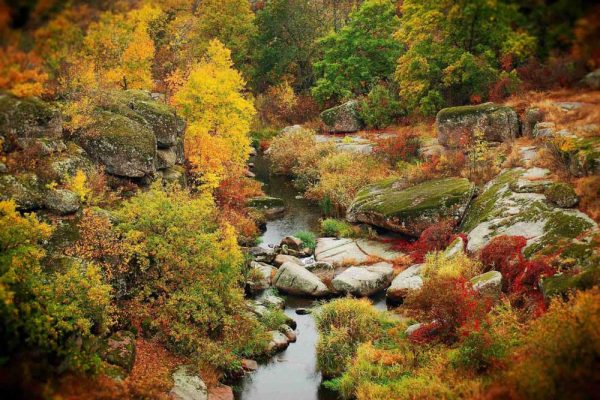 The granite-basalt rocks of the Arbuzynka Canyon were formed more than 4 billion years ago and are of volcanic origin. And the winds and the river Arbuzynka helped to create the amazing beauty of the gorge, where the river Arbuzynka flows from below, from which the name actually went.

The highest point in the canyon is the rock "Pup Earth", from it you can see the "older brother" of the Arbuzynka Canyon - Aktovska Canyon, and on the opposite side the Trykratska Forest. 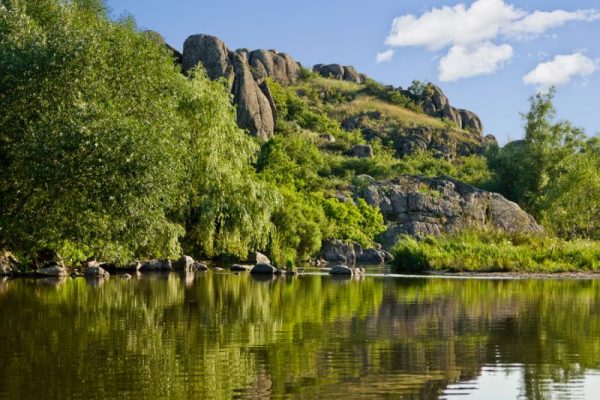 This canyon is also called the Devil's Valley or Little Crimea, which is surrounded by legends. In miniature it resembles the famous canyons of North America.

Many people are attracted by the fabulous beauty of the rocks of this canyon. It is impossible to describe the wild beauty of nature, you just have to see with your own eyes. In the canyon you can see small beautiful waterfalls with crystal clear water. In the formed natural baths you can bathe and enjoy the cool and quiet. Water is considered to be healing and perfectly cleanses not only fatigue, but also disease and gives strength. The uniqueness of the forest is due to the fact that the trees were planted artificially in 1819 Skarzhynsky and took root in the steppe, where the hot and arid climate. It is divided into tracts: Labyrinth and Vasylivska apiary, with a total plantation area of ​​almost 240 hectares. Particularly valuable are the old mighty oaks and the magical bends and streams of the Arbuzynka River. Myronov garden, Vasylivska apiary and the vineyard seamlessly change each other.
Coniferous and leafy groves harmoniously alternate. The stunning cliffs where the fresh water springs are called the Grape Garden. Here grows an oak, which is 300 years old, and another hundred oaks, which are 250 years old. We take a walk along the forest paths to the legendary "Love" Oak, where, according to legend, if you go around the oak three times you can find true love and happiness. 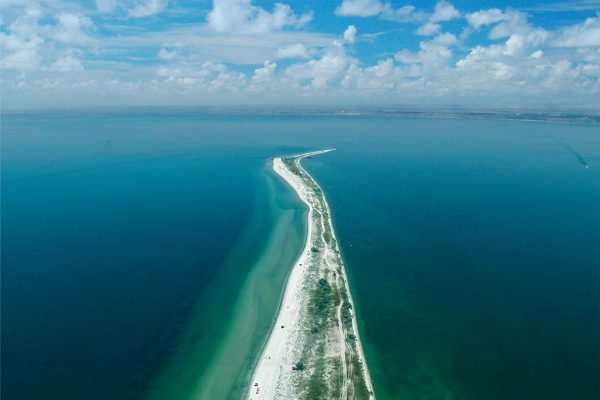 The vast territory of the most beautiful bay, amazing islands, sandy and steppe masses, shows the amazing diversity of landscapes of the Ukrainian Black Sea. Currently, the total area of ​​the reserve is over 109 thousand hectares. Of these, over 90,000 are protected areas, 76,000 are in the Black Sea and its gulf. 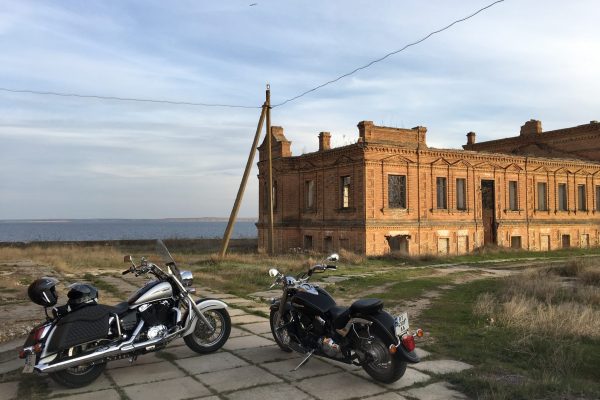 St. Grigoriv Bziyuk Monastery is one of the largest shrines in the Kherson region, located on the territory of the village. Red lighthouse of Berislav district of Kherson region. Founded in 1782, the monastery occupied the second place after the Kiev-Pechersk Lavra in the early 20th century. The Late Scythian settlement, located on the territory of the present village of Chervonyi Mayak, was the center of the Lower Dnieper Late Scythian kingdom, a state-owned entity created in southern Ukraine. THE HIGHEST lighthouse IN UKRAINE

Ajigol Lighthouse - the highest lighthouse in Ukraine, ranks 18th in the list of the highest "traditional" lighthouses in the world. There are many legends associated with the Kinburn Spit. The most beautiful is about the Amazon tribe. They fought valiantly with their enemies and sacrificed their captives to their gods. Only Hercules himself succeeded in defeating the women's army. Oddly enough, the legend is based on historical facts. There were indeed tribes of warrior women, probably of Scythian descent, in the Northern Black Sea. In the steppe mounds, archaeologists found female skeletons with traces of gunshot wounds. The Father of History, Herodotus, recounts in his writings a version of their appearance: the captives of the Amazons were transported to Greece, but they seized a vessel which later sailed to the Black Sea, now owned by Ukraine. 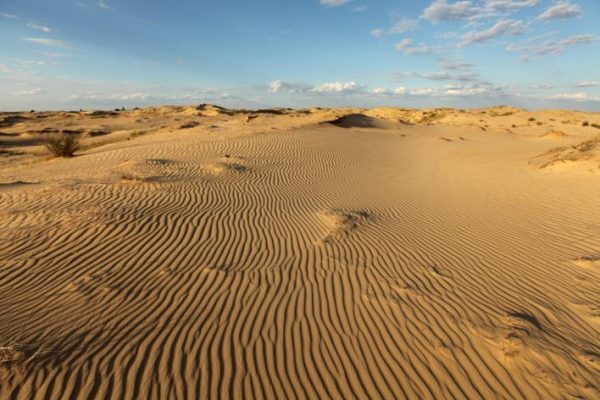 Not far from Kherson, in the Oleshky district there is a sandy massif that resembles a real desert in terms of its properties and landscape.

The Oleshky Sands represent one of the most amazing landscapes of Ukraine. They are unique not only for our country but for the whole of Europe. It is now a national nature park and protected by law.

Together with a staff member of the national park, you will take a walk in the sands, discover interesting facts and see unbelievable scenery. And in a cozy corner you can taste the dishes consumed by the inhabitants of the desert. 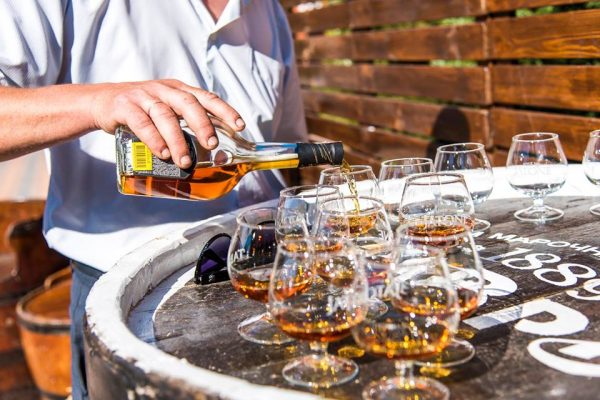 The Tavria cognac factory is one of the key wineries of Ukraine, where the best winemakers of Ukraine have been working for over a century.

The history of Tavria cognacs begins with the first settlement of the French-Swiss colonists in 1889, on the very spot where the Wine Museum is now located. Tasting the best aged cognacs, an excursion to the House of Vintage Cognacs is one of the key wineries in which Ukraine's branded cognacs are produced. 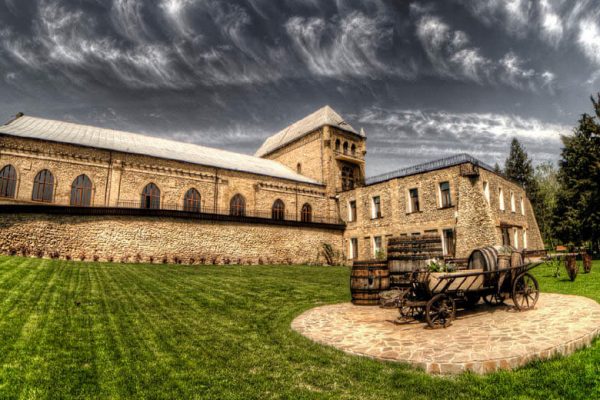 THE PRINCIPAL Winery OF THE PRINCE P.M. TUBETSKY

A romantic holiday surrounded by vineyards, with incredible views of the Dnieper in comfortable conditions for the guests of Hotel "Winery of Prince P.M. Trubetskoy". You can travel in history by going down to the wine cellars and strolling through the quaint galleries. Here you can literally immerse yourself in history, as 8 wine cellars store more than 10,000 bottles, of which about 7,000 wines are rare. 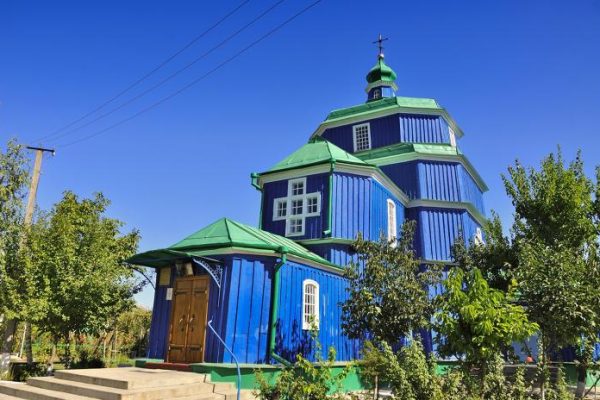 The church was built in 1725 from an oak tree in the border fortress of Zaporizhia and was called the Resurrection. The Cossacks in 1784 transported the building to Beryslav on rafts and re-assembled it.

There is a miraculous icon in the church. According to legend, she should always be here, and the one who takes her outside the temple will be cursed. Also preserved is the ancient wooden cross and the Gospel of 1697. 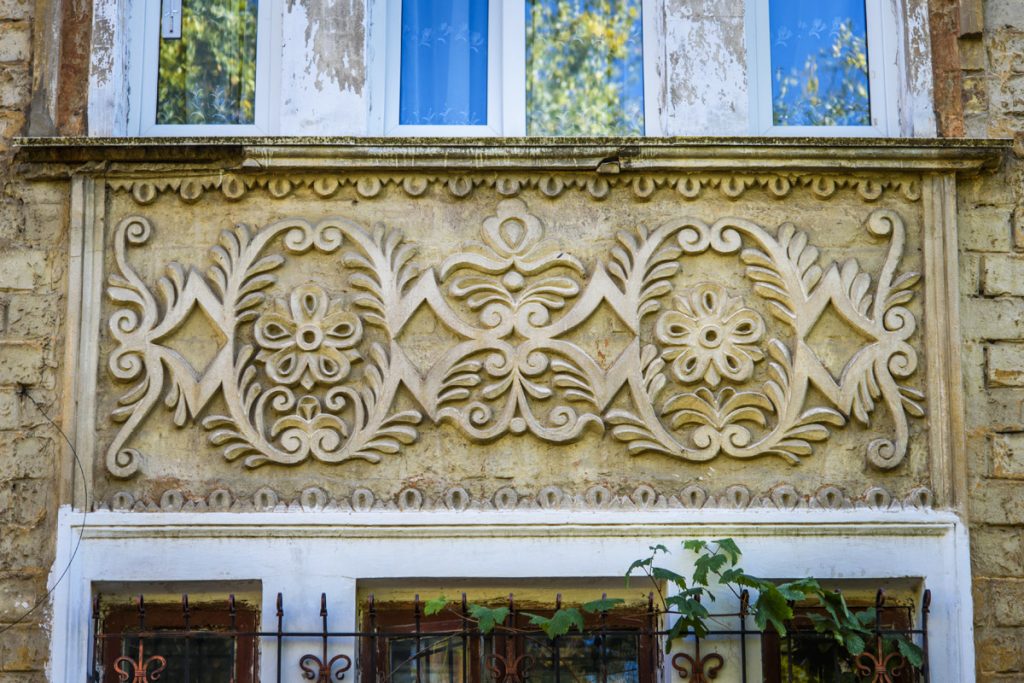 Get acquainted with the vibrant architectural highlights of Nova Kakhovka and unique works of monumental art, made by Grigor Dovzhenko by author's sketches and self-developed technique for carving a raw plaster. The tour allows you to see the formation and development of a young promising city. 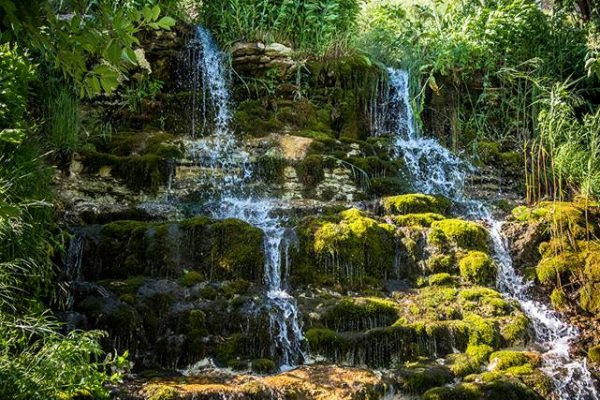 WATERFALLS IN THE STEPPE OF KHERSON

"Unique waterfalls in the steppes of Kherson region" is an unusual phenomenon for the steppe in the territory of the village Kozatske, Beryslav district, near the ruins of the estate owned by Prince Peter Trubetskoy.

There are 24 objects of historical and cultural heritage on the territory of the city, among them the most famous are the monument “Legendary Tachanka”, listed in the State Register of Monuments of Monumental Art and the monument “Girl in Overcoat”, erected in honor of the events of the Civil War. Kakhovka town. 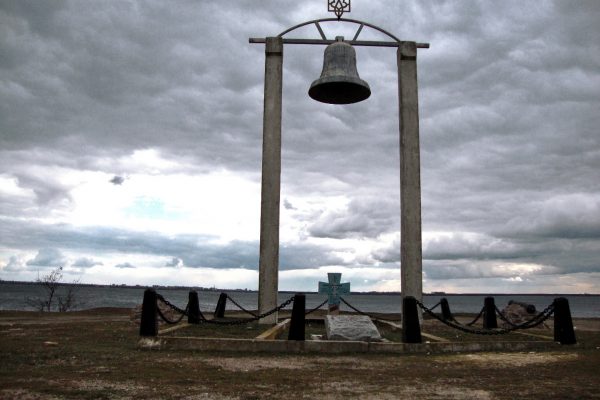 The memorial "Bell" at the site of the forces of Zaporizhia troops, the Church without a single nail, the Cemetery of the soldiers of the Crimean war, the chapel - built in Romanesque style in memory of the defenders of Sevastopol. 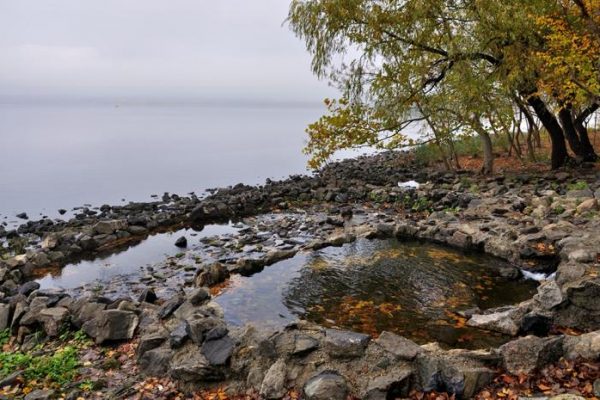 Melody of the Spring Trails

Nova Kakhovka is built on 1000 springs that have healing properties. Unique landscapes, legends and interesting history. 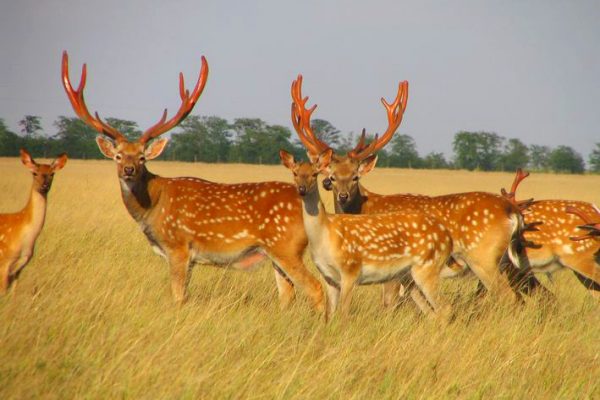 Askania-Nova is a wonderful combination of natural and man-made, the result of years of hard work, will and creativity of people.

Only in Askania-Nova can you see the primeval steppe, herds of wild animals, innumerable flocks of birds; to breathe in the air, soaked in the unique aroma of the steppe grasses, to stroll through the shady alleys of the park, to touch the ancient history of Tavria. Here, in the heart of the Tavria steppes, you can relax and enrich your knowledge of nature; it is an unusual and beautiful place where animals from different continents live in harmony. SMALL EUROPE IN THE STEPPES OF KHERSON REGION

Not far from Beryslav is a picturesque village called Zmiivka, which is called small Europe. It is the only village in Ukraine inhabited by Swedes and Germans. In 2008, it was visited by King Charles XVI Gustav of Sweden with his wife Queen Sylvia. There is an old Swedish church in Zmiivka, in which it now operates Orthodox St. Michael's Church, but this does not prevent it from having traditional Swedish worship. A stone Swedish church was built in 1885 .

Following the Swedish church, built and consecrated here in 1887 was the German Lutheran Church of Saints Peter and Paul.

The youngest in Zmiivka is considered to be the Ukrainian Greek Catholic Church. Undoubtedly, Zmiivka churches represent the greatest spiritual and cultural value of this settlement.

A unique and wonderful place that is a wealth and decoration of the community. It is known for healing mud and healing water. The lake is not only very beautiful but also truly healing